This song, published in both “The Little Red Song Book” and “Sing Out” magazine, was closely associated with the Industrial Workers of the World, an international trade union movement. The song’s copyright is marked 1947. Recording’s are scarce. This arrangement uses the lead-sheet published in “The Little Red Song Book” as a starting point. One point of difference is the last line of each verse, where I have used a Peter Paul & Mary recording as a reference point.
The arrangement is mostly in two parts, bass and melody. In the last line of both verse and chorus, I have added an alto line. In the first line of the chorus I have added a tenor line, and at the cadences notes for tenor and alto are added. In short, this is for a small group of singers, who may not be able to muster the forces for SATB throughout the song. The “missing” voices could easily be added later. 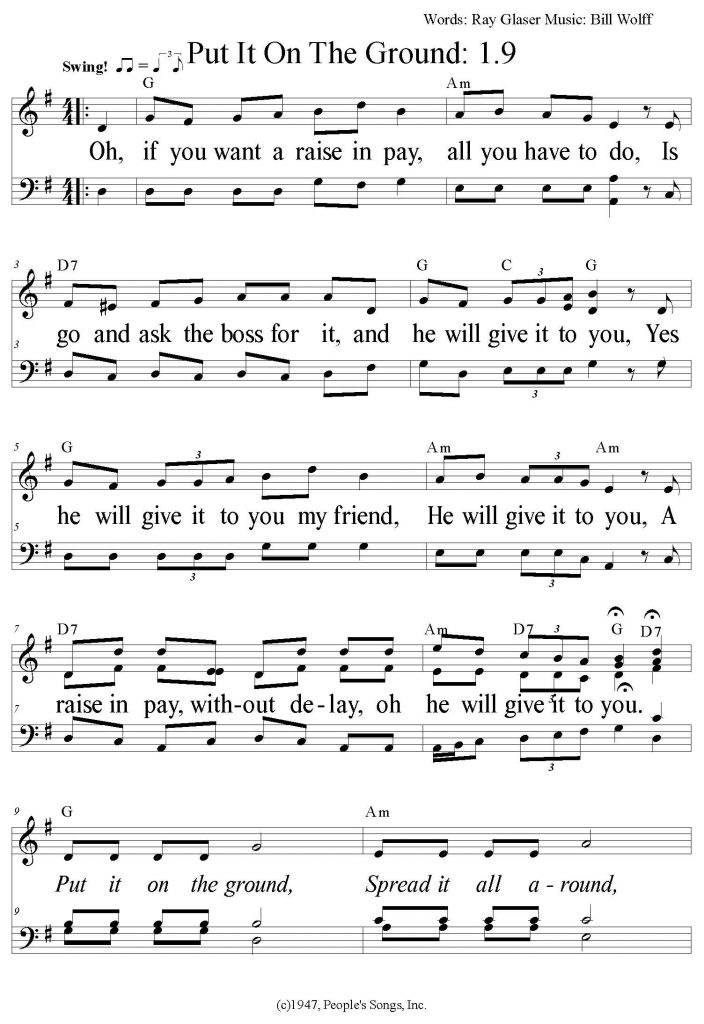 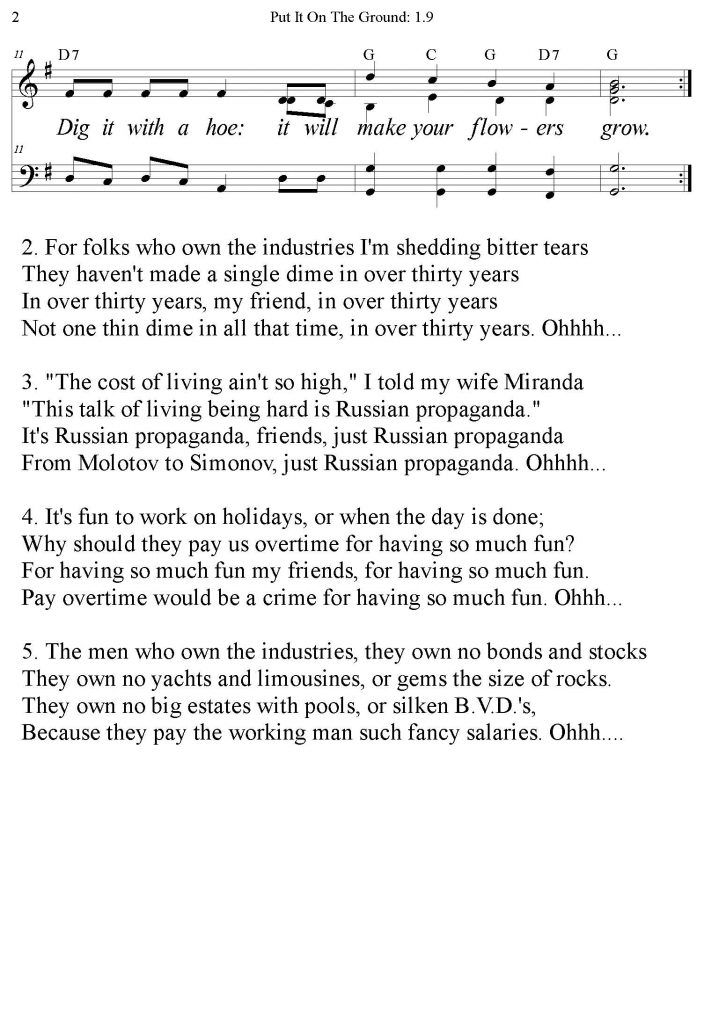