“Solidarity Forever”, written by Ralph Chaplin in 1915, is a popular union anthem. It is sung to the tune of “John Brown’s Body” and “The Battle Hymn of the Republic“. Although it was written as a song for the Industrial Workers of the World (IWW), other union movements have adopted the song as their own.
https://en.wikipedia.org/wiki/Solidarity_Forever

This arrangement, is for a small mixed voice choir with guitar accompaniment, and an instrumental rendition of the arrangement sounds like this. It is based on an SATB arrangement by C. Shaw and E. Blyth which is sung by the combined Sydney, Newcastle and Illawarra union choirs.
The key has been lowered to G.
The melody, identical to the combined choir version except for the lower key, is to be sung in unison by baritone and/or mezzo-soprano voices.

If printing the cropped sheet music, look for a printer setting that says “fit”, or “fit to printer margins”. If that doesn’t work for you download the first, uncropped file.

If you aren’t sure how to download tracks from this site, click here.
The sheet music contains femate, (pauses) in bars 2 to 6, only some of which are reflected in the practice tracks below.

In the 1st verse, the melody is sung primarily as a solo, up until the last line, “…but the union makes us strong!”

Identical to the soprano line, except an octave lower.

The tenor part contains a solo harmony line for most of the first verse, to complement the solo sung by a soprano or baritone. This could also be sung by an alto or a soprano, in the latter case up an octave. The rest of the tenor line is the same as the combined choir arrangement, except for the last note of the chorus, and of the coda. (The beginning of verse 2 uses the same notes as verses 3 & 4 in the combined choir version. The pitch is lower than that version.)

Good practice may be to practice your part with its individual track, and then sing this against the all parts track.

And finally here is the sheet music in jpg format: 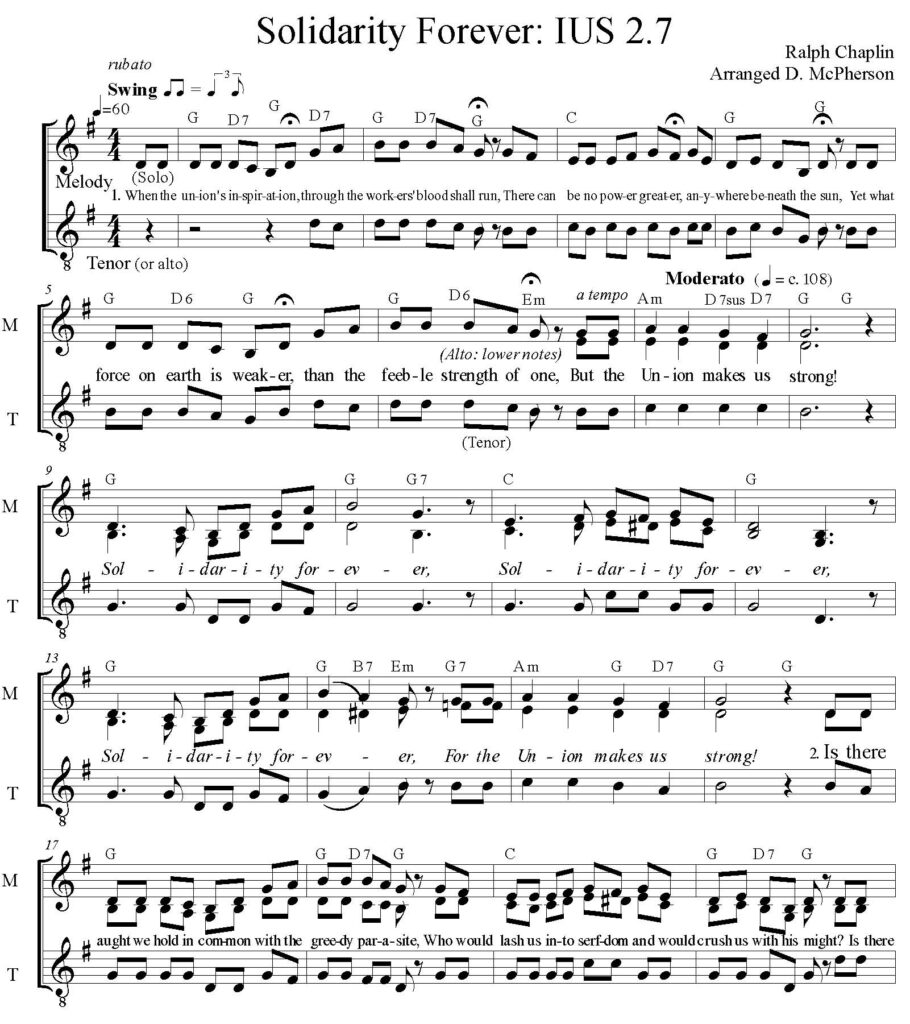 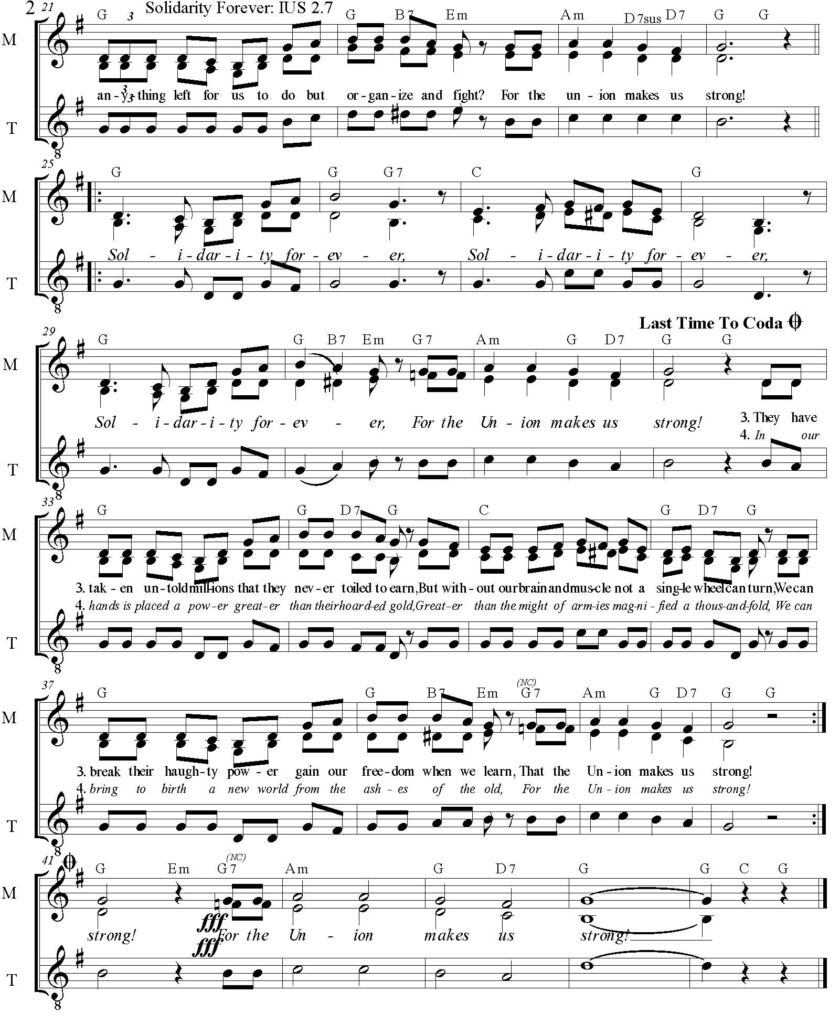 And the lyrics as text:
When the union’s inspiration through the workers’ blood shall run,
There can be no power greater anywhere beneath the sun,
Yet what force on earth is weaker than the feeble strength of one,
But the Union makes us strong!

Is there aught we hold in common with the greedy parasite,
Who would lash us into serfdom and would crush us with his might?
Is there anything left to us but to organize and fight?
For the union makes us strong!

They have taken untold millions that they never toiled to earn,
But without our brain and muscle not a single wheel can turn,
We can break their haughty power gain our freedom when we learn,
That the Union makes us strong!

In our hands is placed a power greater than their hoarded gold,
Greater than the might of armies magnified a thousand fold,
We can bring to birth a new world from the ashes of the old,
For the Union makes us strong!

For the Union makes us strong!